THE German federal government decided on June 27 to budget up to €250,000 for a feasibility study to reactivate the Freiburg - Colmar line, which has been closed since the bridge crossing the River Rhine was destroyed in 1945. 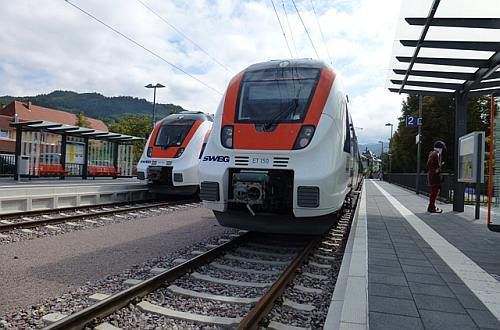 “To do this, the federal government must assume its international responsibility as well as its responsibility for the federal railways and invest in the infrastructure,” the Ministry of Transport of Baden-Württemberg says. “Almost 75 years after the end of the war, it must be possible to eliminate war damage and rebuild the railway bridge.”