SWEDEN's prime minister Mr Fredrik Reinfeldt, speaking in Linköping on August 29, says he plans to increase railway investment by 30% between 2014 and 2025 as part of a plan to invest more in infrastructure to encourage economic growth. 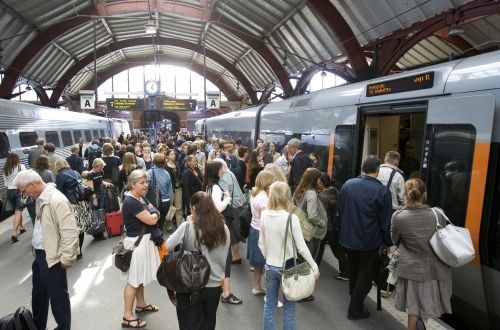 Details of the investment programme will be announced on September 20.

Reinfeldt singled out two projects which the government is keen to push ahead. One is the so-called Eastern Link, a new 150km line with a maximum speed of 250km/h between Stockholm and Linköping with a price tag of SKr 30bn ($US 4.5bn). The other is a SKr 5bn scheme to track double the 76km Gothenburg – Borås line. These two projects could form part of a proposed high-speed network linking Stockholm, Jönköking, Gothenburg and Malmö.

The government also proposes to make permanent a temporary measure to increase investment in the national network instituted this year and next which would boost spending by SKr 20bn. Trafikverket told IRJ that this increase "will bring us to the right level of investment" enabling capacity on the rail network to be increased.