The plan includes a number of planned changes to provide faster or simpler journeys. 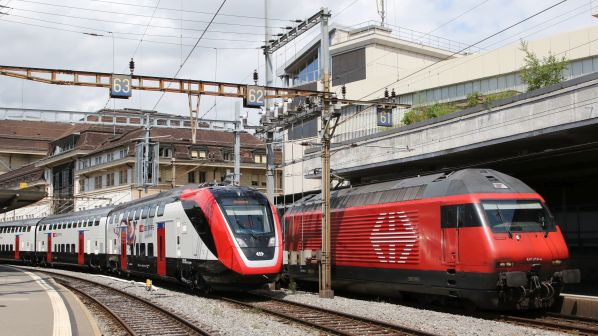 SWISS Federal Railways (SBB) has issued its draft 2022 timetable for public consultation, which includes a number of planned changes to provide faster or simpler journeys, as well as enhanced international connections.

Changes to domestic services include:

The main changes for international services are the introduction of a daily Nightjet service between Zürich and Amsterdam operated in conjunction with Austrian Federal Railways (ÖBB), using sleeping and couchette cars. The new service will depart Zürich at 21.59 and arrive at Amsterdam at 09.00 the next day.

The main change to day services is the reduction in journey times between Zürich and Munich from 4 hours to 3h 30min thanks to the opening of the new station at Lindau Reutin in Germany, avoiding the need for trains to reverse in the old Lindau main station.

SBB has also announced it will no longer produce printed pocket timetables from the 2022 timetable. However, making and printing an up-to-date pocket timetable will be possible via the SBB website or in station travel centres.