THE German state of Baden-Württemberg has signed a memorandum of understanding with the municipalities of Waldshut and Lörrach, Hochrhein-Bodensee Regional Council, the Swiss Federal Office of Transport (BAV) and the Swiss cantons of Basel-Stadt and Schaffhausen on planning, financing, and implementation of a project to electrify the 75km Basle - Waldshut - Erzingen Upper Rhine Line, which straddles the border between the two countries. 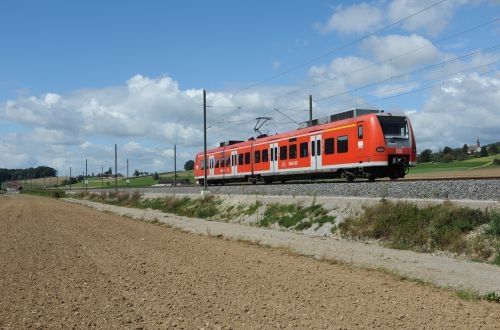 The stakeholders now plan to seek a contribution towards the €160m project from the German government, which could provide up to 60% of the required funding through the Federal-Municipal Transport Financing Programme (BGVFG). The remaining 40% will be divided equally between the Swiss and German participants, and federal funding will be sought from the Swiss federal government.

Electrification of the adjoining 19km section between Erzingen and Schaffhausen was completed in 2013. The two projects will enable the integration of the Upper Rhine Line into the Basle S-Bahn network, as well as the introduction of regular-interval regional express services between Singen and Basle.