SWITZERLAND’s Federal Office of Transport (BAV) has proposed reducing track access charges by up to SFr 90m ($US 89.8m) from 2021, and on March 4 launched a consultation with stakeholders. 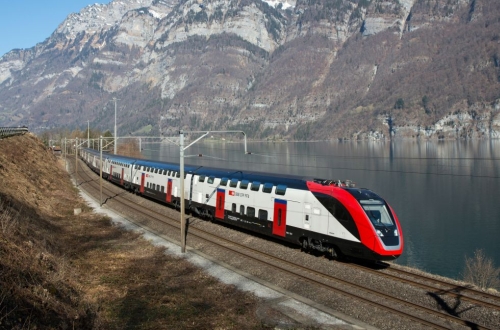 BAV says the savings should be passed on to passengers and freight customers to improve the competitiveness of rail.

The Railway Act stipulates that every train has to cover the costs that it incurs, but a recent review of marginal costs found they had fallen thanks to efficiency gains and increased automation.

BAV plans to adjust the track access charges accordingly from 2021 onwards, with charges for regional traffic reduced by more than SFr 30m while long-distance passenger rail and freight would each see a reduction of between SFr 20m and SFr 30m.

As part of the proposed revision of the Network Access Statement, BAV has also proposed retaining the noise bonus for quiet freight trains for four more years.

New freight train noise limits will be introduced in Switzerland at the beginning of 2020, but BAV says that because the European Union is implementing the ban at a later date, the noise bonus remains important as an incentive to retrofit quiet brakes.

BAV says claims to the noise bonus should only be granted if all wagons of a train are converted to quiet brakes, as even a single “noisy” wagon can reduce the effectiveness of the brakes.

In addition, BAV now plans to introduce a discount on long freight trains for track access charges in order to further promote the efficient use of the Gotthard Base Tunnel.

After evaluating the consultations, the Federal Council will make a final decision on the revision of the network access ordinance.