FOLLOWING detailed examination of applications submitted by Swiss Federal Railways (SBB) and BLS, Switzerland’s Federal Office of Transport (BAV) announced on April 19 that it plans to grant SBB a 10-year concession for operation of most of the country’s long-distance services. However, BLS will be granted a concession for the Bern - Biel and Bern - Burgdorf - Olten routes. 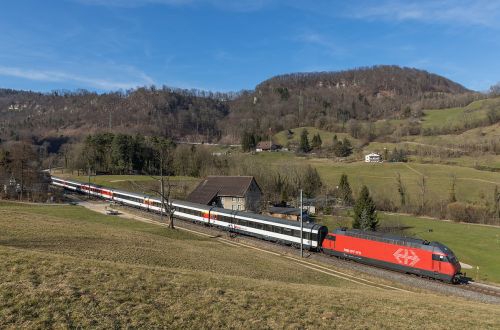 In September 2017 SBB submitted an application to BAV for the continued operation of the entire long-distance network, with the aim of maintaining the monopoly it has held on the sector since 2004. BLS, Switzerland’s second-largest railway, sought a concession for the operation of five routes.

BAV has now launched a period of consultation with the Cantons and other stakeholders, which is due to continue until May 23. A final decision on the shape of the concessions will be made in mid-June and this will be followed by a 30-day appeal period.

The new concessions are due to start in December 2019. From December 2020 Southeastern Railway (SOB) will take over operation of Gotthard Panorama Line services from Basle and Zurich to Locarno and Lugarno via the original Gotthard line and Chur - Zürich - Bern services, which will be co-branded SOB-SBB.

According to BAV director Mr Peter Füglistaler, this new model with more than one operator is in the best interest of customers and the most efficient way of maintaining the quality of the Swiss public transport system. SBB says the BAV’s proposal represents a “paradigm shift” and has already called for a more detailed examination of the entire situation.