DUTCH train and bus operator Syntus adopted the branding of its parent company on October 9, when it began operating under its new title Keolis Nederland. 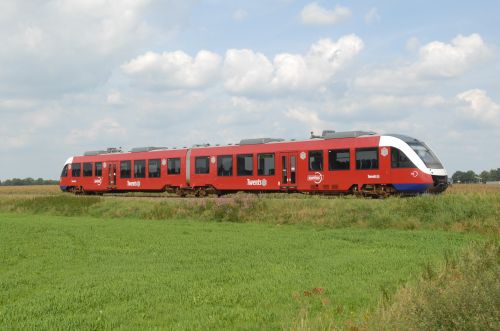 A new logo and new corporate livery will be introduced in line with the Keolis Group, which aims to create a uniform brand identity throughout its global portfolio.

However, the Syntus brand will not disappear entirely as it is still in the legal title of several transport contracts. In these cases, the name will be retained until the contract expires.

Keolis will also operate under brands prescribed by contracting public transport authorities such as the AllGo bus network. Zwolle - Kampen and Zwolle - Enschede train services will also receive specific local branding, which will be revealed when the new operating contract for these lines begins on December 10.

The name Syntus is the contraction of “Synergy between Train and Bus.” The company was established in 1999 with Netherlands Railways (NS), regional bus and tram operator Connexxion and Keolis as shareholders. Keolis subsequently became the sole shareholder in 2012.