The Spanish government wants to replace conventional mainline services with buses and increase services on the high-speed line. 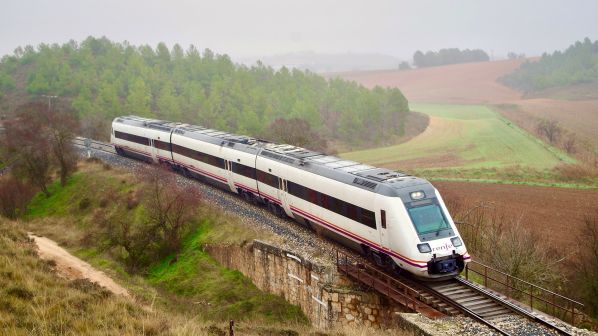 Under the plan, regional trains will be replaced by buses and on-demand transport with rail in the province of Cuenca limited to services on the high-speed line. The stretch would be transformed into a cycle and greenway and valuable land in Cuenca will be made available for development.

Proponents argue that the line is obsolete and that it is not worth investing in improvements. An average of just 37 passengers used trains on the route in 2019, with journeys between Madrid and Cuenca taking 3h 15min, an hour longer than the equivalent bus trip. Cuenca - Valencia trains take 4h 4min. However, these services were suspended in January after storm Filomena damaged infrastructure which Adif is yet to repair. Madrid - Cuenca services are still in operation but are susceptible to delays and cancellations.

The government’s plan builds on a proposal made in the summer by the Cuenca provincial association of business owners, and will leave the province with just a single station compared with 11 at present. The plans are also supported by the Castilla-La Mancha regional government, the provincial council of Cuenca and the city council. The government is preparing to launch a subsidised Avant regional service on the high-speed line to make up for the shortfall.

Supporters of the railway, including Pueblos con el Tren an association of towns served by the line, argue that the line has been deliberately abandoned resulting in a decline in performance. Journey times between Madrid and Cuenca were 2h 30min in 2001 and Cuenca - Valencia took 3 hours. Some line sections still use rails and sleepers that are 70-years-old.