BRITAIN’s Department for Transport (DfT) has launched a tender for the East Midlands franchise, which will run from August 2019 until August 2027, and started consultation for the new Cross-Country franchise. 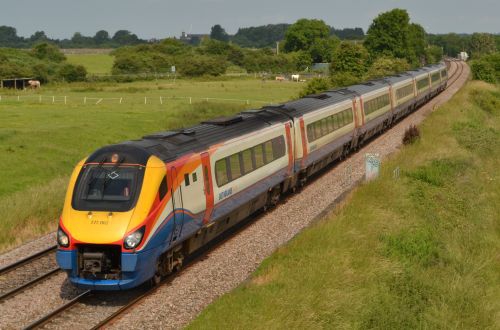 Stagecoach is the current operator of the East Midlands franchise.

Abellio, Arriva and incumbent Stagecoach were shortlisted to bid last year, while a joint venture of First Group and Trenitalia pulled out.

The winner will be expected to procure a fleet of bi-mode trains to operate inter-city services between London St Pancras, Nottingham and Sheffield, with the first train entering service by April 30 2022, and the complete fleet in operation by the end of 2023. The new operator will also be expected to reduce journey times during peak periods on the route, increase train frequency and introduce an express service between Corby and London. The franchise also includes local services in the East Midlands.

“We have listened to what improvements passengers want to see and will be requiring the next operator to deliver a wide range of improvements across the network including improved compensation for delays, smart ticketing, high-quality Wi-Fi connections, more frequent and increased capacity on local services and services that start earlier and finish later,” says rail minister, Mr Jo Johnson.

In light of the recent collapse of the East Coast franchise, the DfT has amended its bid evaluation processes to ensure that bidders submit ambitious but realistic bids based on prudent financial assumptions. It has amended the Financial Robustness Test to test bidders' forecasts based on a Central Risk Adjusted Scenario and a Downside Risk Adjusted Scenario. The former is based on the DfT’s reasonable view of the most credible financial outcome and the latter includes a reduction in passenger revenue, using a common algorithm across all bids, that applies a greater reduction to bids where significant risk adjustments have been applied to determine the most credible financial outcome. The outcomes of these scenarios will be weighted equally in the price evaluation.

The DfT says it will eliminate a bid that is forecast to default in the Central Risk Adjusted Scenario at any point during the franchise. A bid will also be treated as non-compliant if it receives a score of less than four for the planned train services, rolling stock, and/or customer experience.

The deadline for submitting bids is September 5. The DfT and the British Treasury plan to approve the winner in March or April 2019 with the new franchise starting on
August 18 2019.