LATVIAN Railway (LDZ) began tendering on August 10 for Phase 1 of the programme to expand the Baltic country’s electrified network from 257km to 839km and replace all existing dc electrification with ac equipment. 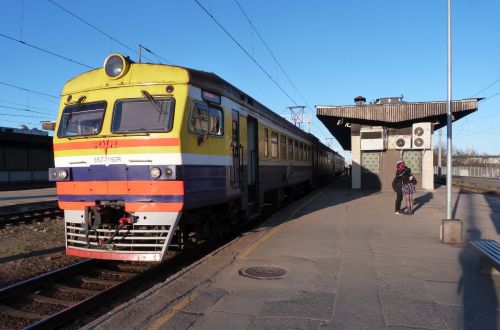 The first phase includes the conversion of the existing 3.3kV dc line between Riga and Aizkraukle.

The three-phase programme worth €1.3bn was announced in November 2016 by LDZ and the Latvian Ports Transport and Logistics Council, and will be funded with the aid of a €347m grant from the European Union Cohesion Fund.

The total cost of the first stage will be €441m while the procurement amount is €425m. Along with the European funding, €94m will be financed by LDZ.

The first phase includes the conversion of the existing 3.3kV dc line between Riga and Aizkraukle to 25kV 50Hz ac, as well as the instillation of 25kV 50Hz catenary on the Aizkraukle - Krustpils - Rezekne/Daugavpils line.

Procurement includes the provision of electricity supply systems, catenary, signalling, communication systems, security systems, and construction and rebuilding of buildings and structures to provide a fully-electrified corridor by 2023.

Passenger operator Pasazieru Vilciens (PV) is in the final stages of selecting a supplier for 32 EMUs to be delivered between 2020 and 2023, which will operate on lines from Riga to Aizkraukle, Tukums, Skulte and Jelgava. It is also planning introduce more services and increase its passenger numbers from 17 million to 25 million within three years of introducing the new trains.

PV has completed the evaluation of technical bids submitted by four bidders and asked for financial offers to be submitted by August 6.

The electrification on the 1520mm-gauge network is separate from the Rail Baltica project, which involves the construction of a mixed-traffic standard-gauge high-speed line linking Estonia, Latvia, Lithuania and Poland by 2026.