THE German states of Bavaria and Baden-Württenberg have launched a joint tender through Bavarian Railway Company (BEG) for two concessions to operate diesel regional services in the Allgäu area. 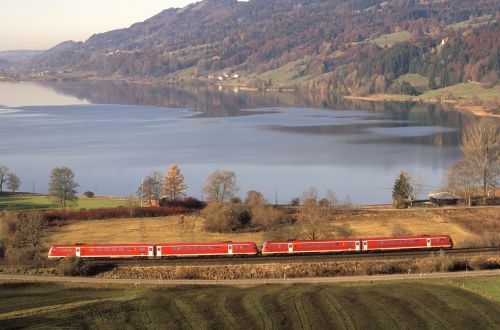 The contracts to operate between 4.5 and 7 million train-km per annum will be for 11 years starting in June 2017. One concession will be to operate fast trains connecting Nuremburg, Augsburg, and Munich, while the second covers fast services starting from Ulm and all regional stopping services. Closing date for bids is March 26 2014

The operation of regional passenger services has been split into two periods: before electrification and after it has been completed. Electrification is underway on the Geltendorf- Memmingen - Lindau line.

New vehicles are required. For the first concession, the winner will be obliged to introduce new air-conditioned low-floor trains. For the second concession, where electrification is underway, several lines are suitable for operating tilting trains, the winner can order new trains. However, BEG recognises that not all operators have a fair chance of acquiring used tilting diesel trains, while new tilting diesel trains are not being produced, so bids will be accepted including new non-tilting trains. However, when such trains are offered, BEG will require additional services to be operated on some lines.

The tenders are based on a similar timetable to that provided today, and trains must have at least one conductor. Operation and performance will be judged using BEG's quality monitoring system.