TENDERS have been invited for a €23m project to electrify the 49km Viana do Castelo - Valença section of Portugal’s Minho line which runs north from Nine via Viana do Castelo to Valença on the Spanish border. 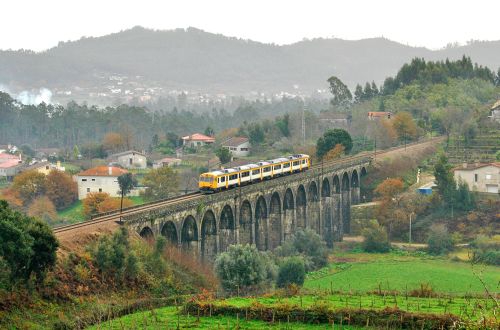 This is the second phase of a project designed by Portuguese consultancy IP Engenharia to electrify the Minho line. The scheme includes the extension of station platforms, lowering of the trackbed in Seixas and Gondarém tunnels together with waterproofing these tunnels as well as the one at Caminha, stabilisation of slopes, earthworks, and drainage improvements.

Contracts have already been awarded to a consortium of Efacec and ABB for construction of a traction substation at Vila Fria, and Siemens for the design and installation of signalling and automation of level crossings on the Nine - Valença - Spanish border line. The signalling will be controlled locally from Viana do Castelo and centrally from Oporto. Work on both contracts will also be completed by the fourth quarter of 2019.

The cost of the entire project is around €83.2m and will be completed by April 2020. Electrification of the Minho Line forms part of a €2.5bn five-year investment programme to upgrade the Portuguese rail network.