MORE than nine months after it was selected as preferred bidder, Keolis subsidiary Eurobahn has finally signed a concession agreement with Westphalia-Lippe Local Transport (NWL) to operate the Teutoburger Wald regional network in northwest Germany for 15 years from December 2017. 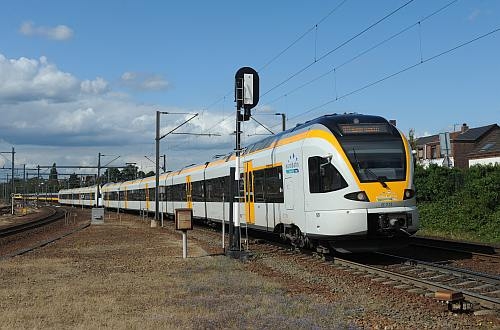 The contract was finalised on July 6 after Westfalenbahn, the current operator of a large part of the network, withdrew its appeal one day before its case was due to be heard at a court in Düsseldorf. However, following the delay caused by the court procedure it is not clear whether Eurobahn will be able to take over all lines in accordance with NWL's original schedule.

The contract covers the operation of around 5.3 million train-km per year on four lines, which are currently operated by German Rail (DB) and Westfalenbahn:

Operating under the Eurobahn brand, Keolis is pledging improvements in train services, higher frequencies and increased seating capacity. Half of services will have a conductor on board, including all services operating after 19.00.

Keolis will use the Stadler Flirt EMUs already operating in this area, although dedicated rolling stock will be needed for the hourly cross-border services into the Netherlands and these trains will need to be capable of operating under 15kV ac and 1.5kV dc electrification systems.

Keolis plans to use eight Flirt 3 train sets for the German- Dutch train services, which will be procured through leasing company Alpha Trains.

Procurement of the contract was managed by NWL on behalf of its partners Lower Saxony Transport Authority (LNVG) and the Dutch province of Overijssel.