AN extensive evaluation of 25 disused and dedicated freight railway lines by the German state of Lower Saxony has identified three candidates for the reintroduction of passenger services. 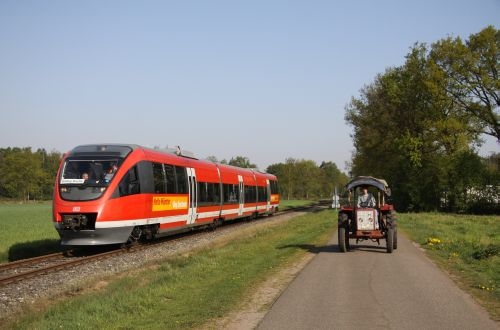 Many secondary lines lost passenger services in the former West Germany during the 1970s and 1980s, but subsequent changes in population and associated traffic congestion led to demands for the re-opening of services in some areas.

Work in 2014 reduced the list of lines for detailed consideration from 25 to eight, and the results of this have now been presented to the state government which has agreed three routes should be re-opened to passenger trains in the next few years.

The longest route is Bad Bentheim - Neuenhaus, owned by Bentheimer Eisenbahn, with work estimated to cost €15.1m. Work on the two shorter lines - the branch line from Einbeck-Mitte to Einbeck-Salzderhelden, and an extension of the existing DB Networks line from Salzgitter-Lebenstedt to a new Salzgitter-Fredenberg station – is estimated to cost €8m and €5.2m, respectively.

The evaluation also highlighted the Buchholz - Maschen line, south of Hamburg as a priority for re-opening but there is currently no scope to add a passenger service as the electrified line is a major freight route.

However, reopening the Lüneburg - Soltau and Aurich - Emden lines has been discounted as the cost is substantially greater than potential benefits. Funding for the re-opening will now be sought from the federal government although local governments in the area served will also contribute some funds.