BRITAIN’s Department for Transport (DfT) announced on March 1 that it has shortlisted three bidders for a contract to operate the East Midlands franchise from next year. 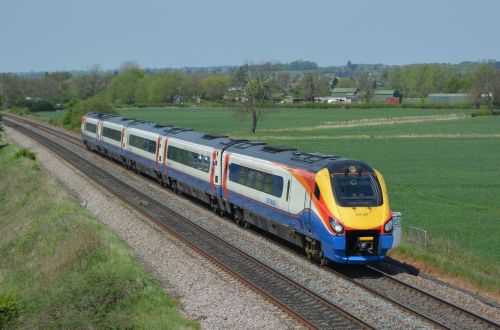 The DfT also confirmed it will extend its current contract with Stagecoach subsidiary East Midlands Trains (EMT), which is due to end on March 4 2018, by up to a year.

The East Midlands franchise comprises inter-city services from London to Corby, Nottingham, Derby and Sheffield as well as regional services in central England and the cross-country route from Liverpool to Norwich via Manchester, Sheffield, and Nottingham.

EMT currently operates around 470 services per day, serving 133 stations. The franchise carries around 26 million passengers a year and generated revenues of £407m in the 2015-2016 financial year.

The new franchise will be expected to deliver almost double the current number of seats on peak services into London St Pancras, expand the train fleet to meet projected growth in demand, and reduce journey times.

Higher frequencies are planned for London - Corby services from 2019, taking advantage of electrification of the Midland Main Line (MML) north of Bedford and infrastructure improvements on the Kettering - Corby line.

Trenitalia and First Group are also bidding jointly for the West Coast Partnership, which will operate inter-city services on the West Coast Main Line and the first phase of High Speed 2 from London to Birmingham when it opens in 2026.