Trains will run to Austria every week in winter season. 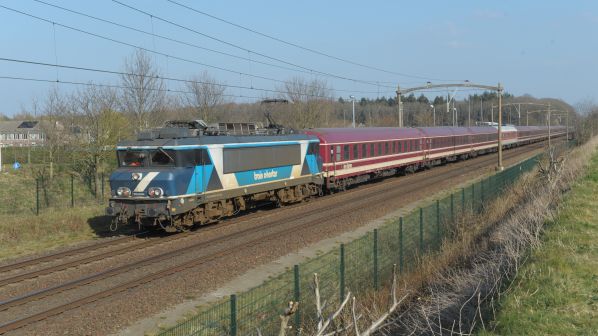 TOUR operator and travel company TUI Group and Dutch charter train operator Green City Trip have announced that they will operate an overnight charter train from the Netherlands to winter sports destinations in Austria.

The train will operate from December 23 2022 until March 31 2023, departing Amsterdam Central on Friday evening and returning on Sunday morning.

It will run via Utrecht Central and Venlo, arriving on Saturday morning in Wörgl in Austria, where the train will divide. One portion will run via Innsbruck to Bludenz, and the other to Bischofshofen.

The return service departs for Amsterdam on Saturday evening.

Sunweb is looking to make train travel a larger part of its holiday portfolio, and both it and European Sleeper aim to make the new service to France available to the wider public.

The two companies say they are committed to starting operations, hoping to launch the French service during the 2022-23 winter sports season.

However, they recognise that this timescale is ambitious and that the launch may have to be postponed, citing concerns over the lack of capacity on routes to winter sports destinations in France.

“Saturday is a busy day and we do not know yet whether there is enough capacity for the train on this day,” says Mr Chris Engelsman, co-founder of European Sleeper.

European Sleeper is currently negotiating with the infrastructure managers in Belgium and France to obtain train paths, and says that a decision on whether to launch the new service will be taken soon.

Meanwhile, European Sleeper is preparing for the 2023 summer season when it plans to introduce an overnight service between the Netherlands and destinations in the south of France.

The market for international rail travel appears to be healthy in the Netherlands, with Netherlands Railways (NS) reporting that international traffic had fully recovered in the first half of 2022 to exceed the number of passenger journeys recorded before the Covid-19 pandemic.