PASSENGER trains started running on the Borders Railway for the first time in 46 years on September 6 following the completion of a £294m project to reopen the 48km line from Edinburgh south to Tweedbank. 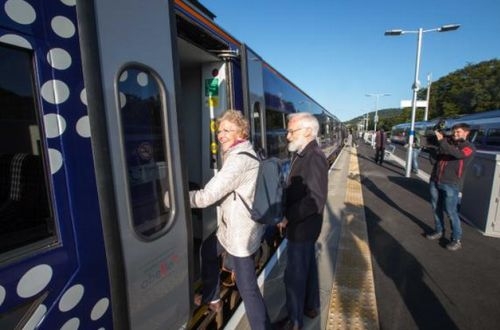 Queen Elizabeth II will officially reopen the line, which has been described as the longest domestic mainline railway to open in Britain for a century, on September 9.

The line, which originally connected Edinburgh with Carlisle, closed in 1969. Reconstruction of the northern section from Tweedbank to Edinburgh started in April 2013. The line was originally double-track but has been rebuilt as a mainly single-track railway with three sections of double track and seven stations. BAM Nuttall was the main contractor for the project.

Trains operate at 30-minute intervals throughout the day with a fastest journey time of 55 minutes. The Borders Railway is expected to carry 1 million passengers per year within five years and generate £33m of benefits for the local economy.