BAVARIAN Railway (BEG) has awarded Transdev Group’s subsidiary Bavarian Regional Rail (BRB) a contract to continue operating the Augsburg II Diesel Network concession from 2019 until 2021, with an option for a one-year extension. 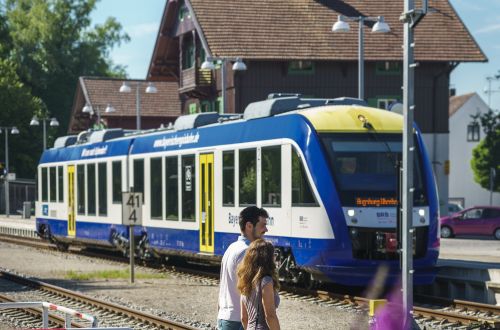 Augsburg II consists of the lines from Augsburg to Weilheim, Schongau, Ingolstadt and Eichstätt and covers more than 3 million train-km per year.

BRB has been operating Augsburg II since 2008 using a fleet of 28 Lint 41 DMUs supplied by Alstom.

In 2015, BRB won a contract to operate the Augsburg I diesel network concession from December 2018 to December 2030 for the Augsburg to Füssen, Landsberg and Munich lines and covering 2.7 million train-km per year.

BRB has ordered another 28 Coradia Lint DMUs from Alstom for Augsburg I through Deutsche Anlagen-Leasing (DAL). The €115m order is being funded by Bayern LB and Crédit Agricole Corporate and Investment Bank (CIB).