Trenitalia and First Group to bid jointly for British franchises

TRENITALIA and First Group have joined forces to bid for two British passenger rail franchises - East Midlands and West Coast Partnership - which are due to be awarded in 2018. 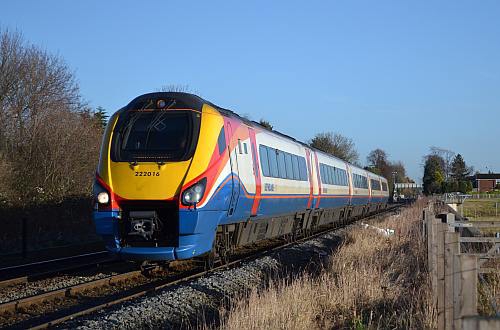 The duo has submitted an expression of interest to the Department for Transport (DfT) for East Midlands as First Trenitalia East Midlands Rail in which First Group has a 70% holding and Trenitalia the remaining 30%. The East Midlands franchise, which is currently operated by Stagecoach, comprises inter-city services linking London St Pancras with Nottingham, Derby and Sheffield as well regional services to towns including Skegness, Grimsby, Worksop and Crewe, plus the Norwich - Liverpool route.

In December 2015, Trenitalia became the first new entrant to the British market to be awarded a pre-qualification questionnaire (PQQ) passport by the DfT, which is needed to participate in franchising competitions. Trenitalia subsequently acquired the c2c franchise from National Express earlier this month.

First Group currently operates the Great Western Railway and TransPennine Express franchises. It also owns open-access operator Hull Trains. In August 2012 First Group won the competition for the InterCity West Coast franchise, which has been operated by Virgin/Stagecoach since 1997, but the franchise was cancelled by the secretary of state for transport in October 2012 due to “significant technical flaws” during the procurement process. As a result, Virgin/Stagecoach retained the franchise.

The West Coast Partnership franchise will combine the current InterCity West Coast franchise with the development and introduction of High Speed 2 services. It will operate services on the West Coast Main Line from 2019 and design and run HS2 services for the first three to five years of operation starting in 2026.

“This partnership is a second milestone in our plan to expand in the UK rail passenger market, in line with the internationalisation plans of the entire FS Group,” says Trenitalia’s CEO Ms Barbara Morgante.