A 10-year contract for the operation of conventional inter-city services and overnight trains in Italy was signed in Rome on January 19 by Trenitalia CEO Mrs Barbara Morgante and Italy’s minister of transport and infrastructure Mr Graziano Delrio. 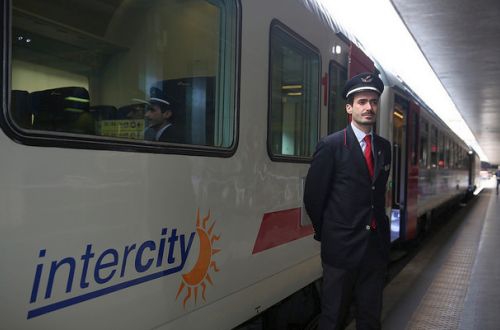 The contract runs from January 1 this year to December 31 2026 and calls for the operation of 25.1 million train-km per year, a 7% increase compared with the previous contract. The agreement covers the operation of 118 conventional long-distance services a day, including 20 overnight trains (30 at weekends).

The previous contract expired in 2014 and was extended for two years without any changes to terms and conditions.

Under the new contract the government will pay Trenitalia €347.9m to operate the Intercity and Intercity Night network in 2017, increasing to €365.9m in subsequent years. Trenitalia says the contract sets stricter quality criteria than the preceding agreement with a system of incentives and penalties governing punctuality, frequency and cleanliness.

Trenitalia says the new contract will ensure financial sustainability and enable it to revitalise inter-city services through a €300m investment in technology and modernisation of rolling stock. By the end of 2017, the average age of Intercity rolling stock will fall from 25 years to 15 years and the fleet will gradually be refurbished with a new interior and exterior livery.