THE Italian autonomous province of Trento has awarded Trenitalia a contract to operate regional services on the Trento - Venice and Verona Porta Nuova - Bolzano lines for nine years from the end of this year. 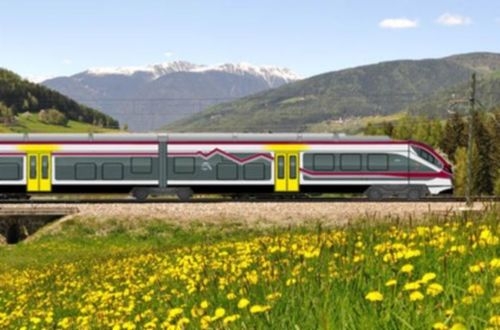 The €180.4m deal was signed on March 25 by provincial councillor for infrastructure and the environment Mr Mauro Gilmozzi and Trenitalia CEO Mrs Barbara Morgante.

The agreement envisages the acquisition of six new Alstom Jazz EMUs. The 96.9m-long six-car trains will seat 326 passengers, including 42 on folding seats, with two wheelchair spaces. In addition, the train will accommodate 20 bicycles, and could be adapted to carry up to 30 bicycles in the summer season.

Seats will be upholstered with loden wood, which is synonymous with the region and the trains will also be equipped with CCTV and a modern passenger information system.