TRENITALIA is set to continue operating regional services in Umbria until December 2020 under a new contract which was signed in Perugia on January 13 by regional councillor for transport Mr Giuseppe Chianella and regional director of Trenitalia's passenger division Mr Orazio Iacono. 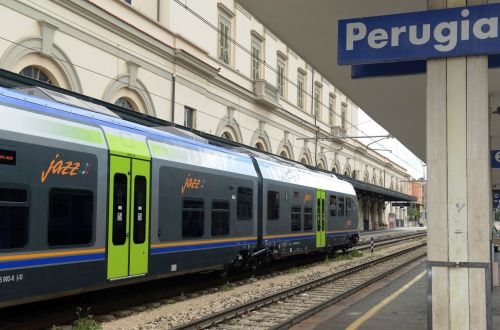 The total value of the contract is €341m including fares revenues and Trenitalia will receive €37m per year to operate 90 services per day totalling around 3.7 million train-km annually. The deal commits Trenitalia to further improvements in punctuality, which reached 94% on regional services in Umbria last year.

As part of the contract Trenitalia will adapt a number of E464 electric locomotives and push-pull coaches to operate regional services on the Rome - Florence Direttissima and will also work with other public transport companies in the region towards the development of an integrated fares system.