A NEW 15-year contract for the operation of regional rail services in Italy’s Veneto region was signed on January 11 by Mrs Elisa De Berti, regional councillor for public works, infrastructure and transport, and Mr Orazio Iacono, CEO of Trenitalia. 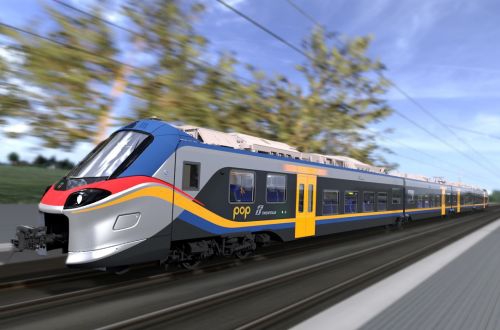 The ceremony in Venice was also attended by Italy’s minister of transport and infrastructure, Mr Graziano Delrio; the president of the region of Veneto Mr Luca Zaia; and Italian State Railways (FS) CEO Mr Renato Mazzoncini.

The new contract begins in December and has a total value of €4.5bn including fees and revenues. The agreement includes investment worth more than €1bn, including €619m for 78 new Rock and Pop trains, €250m for cyclical maintenance, €59m for rolling stock refurbishment, €60m for depots, and €18.4m for technology and IT.

The progressive introduction of new rolling stock will help to reduce the average age of Veneto’s regional fleet from 16.3 years to just 6.2 years by 2021.

As the procuring authority, the region will pay Trenitalia an average fee of €148.5m a year to operate the network. The volume of services will increase from 14.6 million train-km this year to more than 15 million train-km in 2021.