QBUZZ, the Dutch subsidiary of Trenitalia’s bus subsidiary Busitalia, has won a contract to operate regional public transport services in the province of South Holland. 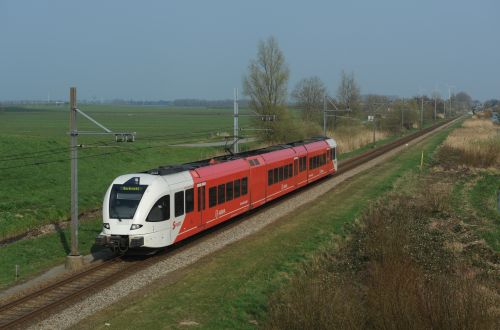 The contract encompasses bus services around Drechtsteden, Alblasserwaard and Vijfheerenlanden, and regional train operations on the MerwedeLingelijn from Dordrecht to Gorinchem and Geldermalsen. Qbuzz will also operate bike sharing and car sharing services in the province.

Competitors in the tender included Arriva Netherlands and EBS, a subsidiary of Israel’s Egged Group.

The eight-year concession includes two options for extensions and the province has allocated a budget of €23m per year for the operation of services.

QBuzz will take over the MerwedeLingelijn’s present fleet of Stadler GTW EMUs, which comprises two two-car and eight three-car trains. Interiors will be refurbished and the trains will also receive a new exterior livery.

Staff working for Arriva based on unlimited labour contracts will transfer to Qbuzz in line with provisions in the Dutch act on public transport. That means QBuzz can take over operations with an experienced and trained workforce.

Prior to its acquisition by Trenitalia, Qbuzz was owned by Netherlands Railways (NS), which was forced to sell the company in the wake of the Limburg tendering scandal.

The MerwedeLingelijn will be the company’s first heavy rail contract, although Qbuzz operates the fast tram line linking Utrecht with the satellite towns of Nieuwegein and IJsselstein.