TURKEY and Bulgaria have moved forward with plans to double-track the line between Plovdiv and Istanbul, which includes upgrades to the Svilengrad - Kapikule border crossing in Bulgaria. 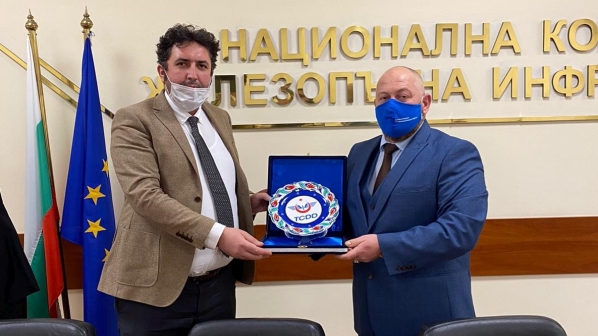 During a meeting between the Bulgarian infrastructure manager NRIC and Turkish State Railways (TCDD), NRIC said the doubling of the Plovdiv - Svilengrad - Turkish border line was currently in the design stage.

TCDD also presented a proposal to double-track the Halkali - Çerkezköy - Kapikule line between Istanbul and the Bulgarian border, along with the renovation of Kapikule border station.

Both railways are currently discussing the project parameters, design speeds on both sides of the border and the possible service improvements for passenger and freight traffic that could result from the project.

Bulgaria celebrated the completion of a 10-year project to modernise the 154km Plovdiv - Dimitrovgrad - Kapikule line in May 2016. The 16.9km line from Svilengrad to the border near the village of Kapitan Andreevo reopened in 2013.