THE Italian region of Tuscany has renewed its contract with Tuscan Railway Transport (TFT), which operates passenger and freight services in the Province of Arezzo. 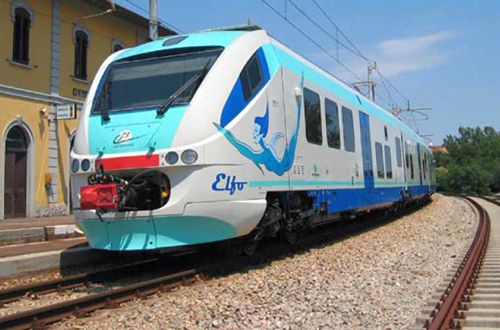 The contract was signed on June 5 by the Tuscany regional deputy for infrastructure and transport Mr Vincenzo Ceccarelli, and Mr Maurizio Seri, president of TFT’s parent company LFI.

The nine-year €66m contract envisages the introduction of two new Alstom Jazz trains, a new direct link between the Casentino area and Florence, and a €20m investment in infrastructure, which includes the rollout of ETCS Level 2.

Resignalling would enable TFT to reduce journey times, which have been lengthened by new regulations introduced by National Safety Authority ANSF in the wake of last July’s head-on collision near Corato in Puglia, which killed 23 people.

TFT will operate 58 trains per day and 760,000 train-km per year on the single-track electrified Stia - Arezzo - Sinalunga route, which serves 25 stations.

The contract stipulates that punctulaity must increase from 87% to at least 91% by 2019.