VIAS Rail took over the operation of the Erft-Schwalm regional rail network in Germany from DB Regio on December 10 operating services on two routes. 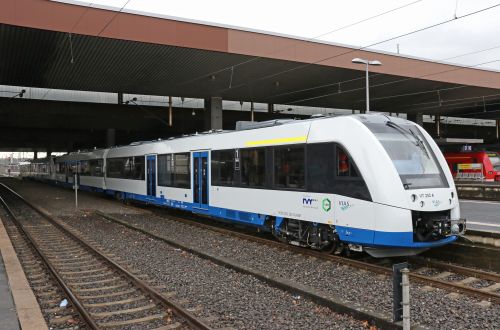 The 12-year concession requires the operation of 850,000 train-km annually. The network comprises Line RB38 from Düsseldorf to Bedburg (Erft) via Neuss and Grevenbroich Line RB 34 linking Mönchengladbach with Dalheim.

Services will be operated by a fleet of 12 new DMUs comprising a mixture of Lint 41 and Lint 54 trains supplied by Alstom.

The trains were ordered by Vias but before entering service were sold to Rhine-Rhur Transport Association (VRR) which now leases them back to Vias. This arrangement will allow VRR to lease the trains to whichever operator wins the future contract from 2029 onwards.