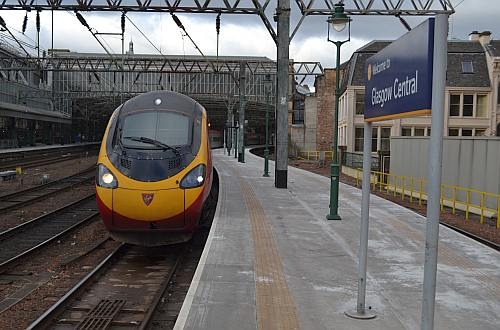 Virgin says Network Rail has missed targets over the last five years, with punctuality (trains arriving at their destination less than ten minutes behind schedule) for ICWC standing at 85.7% for the four-week period ending May 25 against a target of 88%. According to Virgin, more than 70% of delays were infrastructure related while fewer than 15% were the fault of the operator.

Virgin is calling for any financial penalties levied against NR to be ploughed back into passenger-focussed improvements instead of being paid directly to the government.

The announcement by Virgin coincides with the publication of the Office of Rail Regulation assessment of NR's performance during the 2012-13 financial year, which shows the infrastructure manager missed all of its punctuality targets for England and Wales, although on-time performance in Scotland exceeded target by 1.1% to reach 93%.

The figures show that during 2012-13, 87% of Britain's long-distance services arrived at their destination within 10 minutes of schedule, 2% below the previous financial year and 4.5% short of the ORR's target for the year. This is equivalent to around 70,500 services arriving more than 10 minutes late or being cancelled.