BRITAIN’s secretary of state for transport Mr Chris Grayling informed the House of Commons on February 5 that the Department for Transport (DfT) is making contingency plans to take over the operation of the Inter-City East Coast (ICEC) franchise from Virgin Trains East Coast (VTEC). 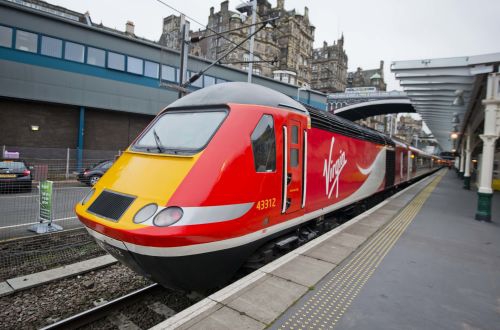 The joint venture of Stagecoach (90%) and Virgin (10%) was awarded an eight-year contract in November 2014 to operate inter-city services from London King’s Cross to Leeds, Newcastle, Edinburgh, Aberdeen and Inverness. VTEC’s bid was based on a premium payment of £3.3bn over the duration of the franchise.

Stagecoach said in a statement to investors on February 5 that VTEC’s four-weekly premium payments have been 30% higher than those made by its predecessor East Coast, despite “a challenging economic environment, increasing political uncertainty, significantly lower rates of growth across the British rail network over the past two years and sustained poor performance by Network Rail.”

A key element of the VTEC franchise bid was the expansion of services from 2019 onwards based on the delivery of new rolling stock and a programme of infrastructure enhancements on the East Coast Main Line (ECML). However, amid the broader crisis facing major projects in Network Rail, much of the work required to facilitate the new VTEC timetable has been delayed.

Stagecoach says that the franchise agreement, including premium payments to the DfT, would need to be amended to reflect these “materially changed circumstances.”

Grayling says that the franchise has met all of its financial commitments since it began operating 2015, returning nearly £1bn to the exchequer, albeit at a cost of nearly £200m to Stagecoach. This is equivalent to nearly 20% of Stagecoach’s market value.

“I have already informed the House that the franchise will in due course run out of money and will not last until 2020, but it has now been confirmed the situation is much more urgent,” Grayling says. “It is now clear that this franchise will only be able to continue in its current form for a matter of a very small number of months and no more.”

Grayling says that there is “no question of a bailout” and Stagecoach will be “held to all of its contractual obligations.”

“There has been much misinformation about this franchise so it is worth stressing again at the outset that – because payments to the government have been subsidised by Stagecoach – the taxpayer has still profited financially from this franchise,” Grayling told Parliament. “Passenger satisfaction is high and preparations are well under way to deliver state-of-the-art new trains on the route.The problem is that Stagecoach got its numbers wrong. It overbid and is now paying a price.”

Last week the DfT issued VTEC with a notification that it had breached a key financial covenant of its franchise agreement. The government has therefore opted to end the contract and put in place a “successor arrangement.” The DfT is now evaluating options for the future operation of the franchise, which could include a temporary not-for-profit contract with Virgin and Stagecoach, or direct operation by the DfT through an Operator of Last Resort.

Stagecoach says it remains focussed on seeking agreement with the DfT to facilitate the transition to the new East Coast Partnership franchise and to address a number of contractual matters relating to the changed circumstances affecting the current franchise contract.

The ministerial announcement marks the beginning of the end of the third failed franchise on the East Coast Main Line.

Following privatisation, Great North Eastern Railway (GNER) took over inter-city services on the route in April 1996, and subsequently won a second seven-year term in 2005. However, the company overbid for the new contract, adding to the financial pressure on parent company Sea Containers, which filed for bankruptcy in 2006. GNER was subsequently stripped of its franchise in December 2006.

In August 2007 the DfT appointed National Express East Coast (NXEC) as the new operator of the franchise. NXEC had offered to pay a £1.4bn premium payment over seven years and four months. However, with the economic downturn, rising costs and falling revenues, National Express defaulted on its franchise just two years later.

Services were then taken over by the DfT's own in-house operator Directly Operated Railways under the East Coast brand, which continued to run the franchise until the start of the VTEC contract in February 2015.