RHINE-Ruhr Transport Authority (VRR) signed a 12-year contract with Vias Rail in Mönchengladbach on November 16 for the operation of the Erft-Schwalm regional network from 2017. 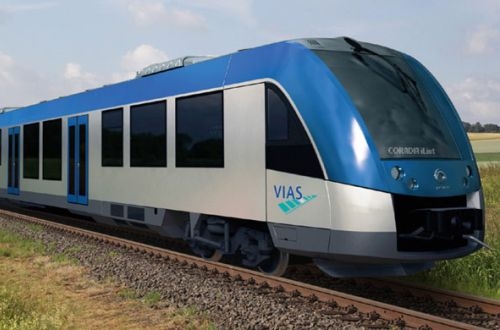 The contract covers the operation of around 850,000 train-km per year on lines RB 34 Mönchengladbach - Wegberg - Dalheim and RB 38 (Düsseldorf - Neuss - Grevenbroich - Bedburg (Erft)).

The two routes will be operated by a new fleet of Alstom Lint 41 and Lint 54 DMUs, which will have a 76cm floor height to enable step-free access.

Vias is responsible for procuring the new trains but will immediately sell the fleet back to VRR, which in turn will lease the rolling stock back to Vias.

The new contract will also see the introduction of additional services on both routes, particularly in the late evening. Between Grevenbroich and Neuss there will be 15-minute-interval services in the morning peak between 06.00 and 08.00.

As the Cologne - Bedburg line is due to be electrified, the current Düsseldorf - Bedburg - Cologne Messe/Deutz through service will be withdrawn and has therefore been excluded from the tender.