AUSTRIAN open-access operator Westbahn has applied to the Austrian rail regulator Schienencontrol to extend its Vienna - Salzburg service to Munich. The German rail regulator is expected to publish a similar application in due course. 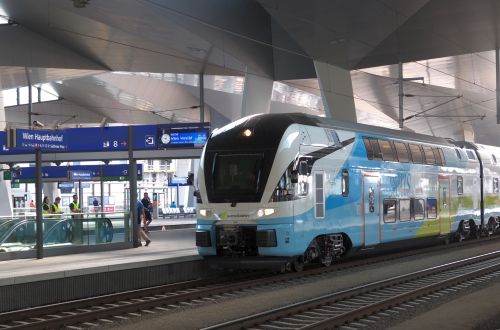 Westbahn wants to introduce four round-trips per day between Salzburg and Munich Main Station from December 2018 with intermediate stops at Freilassing, Traunstein, Rosenheim and Munich East. The journey time will be 1h 37min, which will only be 7 minutes slower that Austrian Federal Railways‘ (ÖBB) non-stop Railjet service which operates seven times a day.

Westbahn says many passengers continue their journey to Munich and the new service will avoid them having to changing trains in Salzburg. Westbahn used to operate across the border to Freilassing, but decided to cut the service back to Salzburg to reduce operating costs.