Work to start on Venice Airport rail link in 2019

TENDERS are to be invited later this year with a view to starting construction of a €400m rail link to Venice Marco Polo Airport. 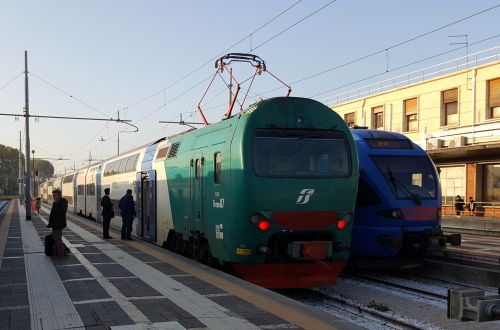 Services will operate from Venice Santa Lucia station to the airport.

This follows submission of the final report on the project earlier in April by Italferr and eAmbiente, at a meeting attended by the Canadian certification body ICMQ, Save Aeroporti and the Venetian Manufacturers' Association (ANCE), in the presence of the Municipality of Venice’s councillor for urban planning, Mr Massimiliano De Martin.

The 3.5km new line will branch off the Venice - Trieste main line at Dese, cross the airport bypass before entering a cutting leading to the final section which will be underground. The underground airport station will be served by a single-track loop to avoid trains having to reverse. Services will operate from both Venice and Trieste to the airport.

The Ministry of Infrastructure and Transport will contribute €14m to the project.