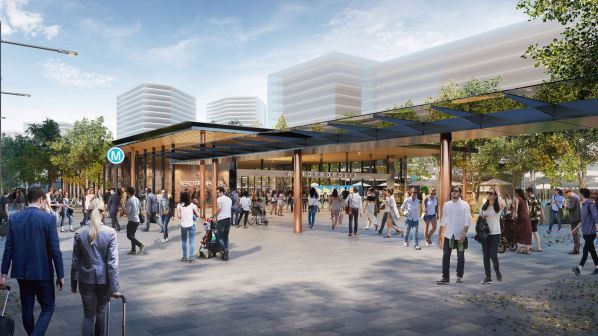 A $A 538.5m ($US 399.9m) contract for surface and civil alignment works for the Sydney Metro-Western Sydney Airport project has been awarded to a joint venture of CPB Contractors and Western Sydney group United Infrastructure, which comprises Mulgoa Quarries, Burton Contractors and JK Williams.

The contract will provide a substantial job boost for the area. The project will also source a minimum of 50% Australian steel, including for the reinforcement for all three of the project’s major contract packages.

The 23km driverless metro airport will link St Marys to the centre of the new Aerotropolis at Bradfield via the new Western Sydney International (Nancy-Bird Walton) Airport, with six stations.

This contract includes construction of:

The contract is the second major awarded for the Sydney Airport Metro, after a CPB-Ghella joint venture was awarded a $A 1.8bn station boxes and tunnelling works contract in December 2021.

The Sydney Metro-Western Sydney Airport project is jointly funded by the Federal and New South Wales governments. The third and final major contract package is expected to be awarded at the end of 2022.