ALGIERS Metro Company (EMA) has awarded CAF a contract to supply 12 six-car Inneo metro trains to run on its 13.5km line, which is currently being extended. 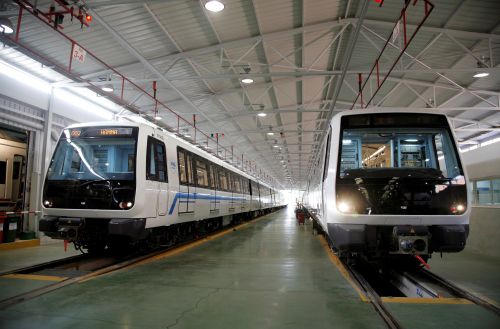 The trains are already under construction, and will run on Algiers only metro line, serving 13 stations after last year’s 4km extension from Haï El Badr to El Harrach centre.

EMA currently operates a fleet of 14 six-car trains, which were delivered in 2007-08.

A 1.7km extension from Tafourh Grande Poste to Place des Martyrs and 3.6km branch from Haï El Badr to Ain Naadja 2 are due to open later this year. A 10km extension from El Harrach to Algiers Airport is also planned.