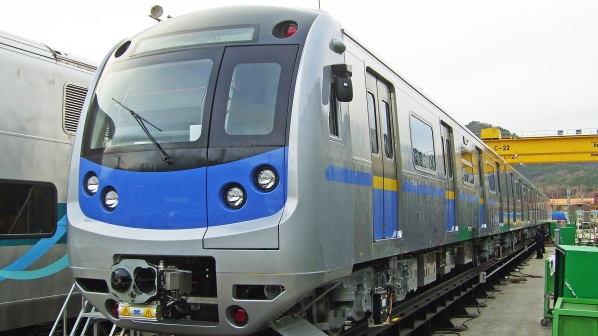 The new trains will have a maximum speed of 80km/h and will be fitted with CCTV in the passenger compartments, the driver’s cab and at the front of the vehicles. Manufacturing will take place at Hyundai Rotem’s plant in Changwon, Korea.

Work is currently underway to extend the metro line from the current western terminus at Moskva to Saryarka and Dostyk. This work is due to be completed in 2020 and will be followed by a further extension to Kalkaman and Western Bus Station by 2022-25, adding a total of 8.62km to the line.

Hyundai Rotem supplied the original eight four-car trains currently in service on Line 1, which opened in December 2011, and was extended by 2.74km from Alatau to Moskva in April 2015. Hyundai Rotem also supplied the line’s signalling system.

Hyundai Rotem says it intends to “actively pursue” the contract to supply trains for the planned third phase of the Line 1 expansion programme, the planned northern extension, which will add six elevated stations and 8.76km to the line. Construction on this section is anticipated to conclude after 2030.