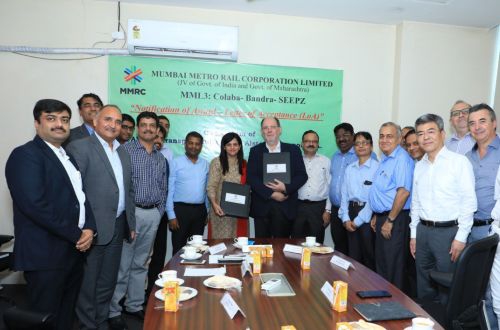 The 25kV ac trains will be formed of eight stainless-steel-bodied cars with 75% of axles powered. Each 180m-long train will accommodate 2350 passengers (6p/m2).

Alstom will assemble eight of the trains in India. Deliveries will begin in September 2020 and the first phase of the line is due to open by June 2021.

The 33.5km line will link Santacruz Electronics Export Processing Zone (Seepz) in the north of the city to Cuffe Parade in the southern district of Colaba. The line will have 27 stations, 26 of which will be underground.

In February Alstom was awarded a contract to design, supply, install and commission Line 3’s overhead electrification system, which will use an overhead conductor rail on underground sections.