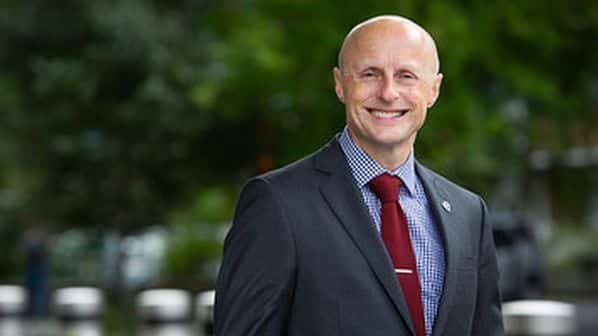 Andy Byford is leaving TfL to return to the United States.

TRANSPORT for London (TfL) has announced that London’s transport commissioner, Mr Andy Byford, will leave the authority at the end of October. He will be replaced on an interim basis by current chief operating officer, Mr Andy Lord.

TfL says Byford has achieved the priorities he set on joining the organisation from Metropolitan Transportation Authority (MTA) in New York in June 2020 - opening the new Elizabeth Line without any further delay and to lead TfL out of the financial crisis caused by the pandemic. Byford confirmed that he will return to the United States upon leaving TfL.

The Elizabeth Line was opened successfully by the late Queen Elizabeth II on May 24 and the full Reading and Heathrow - Shenfield/Abbey Wood service will commence on November 6.

TfL received around £6bn in government support during the pandemic. And after months of protracted negotiations, TfL reached a long-term financing agreement with the British government on August 31, which guarantees passenger revenue until March 2024. TfL has also agreed additional support from the London Authority.

Byford has overseen the creation of a new operational structure at TfL and the introduction of a new TfL vision. The organisation says it is focused on winning back customers, supporting the city’s economic recovery, and helping to build a greener city with sustainable transport at its centre.

“The opening of the Elizabeth Line was, without doubt, the highlight of my career – made truly poignant as it was one of the last major events attended by Her Majesty the Queen. It was an honour to meet her, and an honour to oversee the transport arrangements for the ceremonial events to mark her passing.

“With a longer-term financial settlement with government now in place I can now leave with TfL set fair to move positively into the future – supporting London’s recovery from the pandemic and truly becoming the green heartbeat of the city.”

Lord joined TfL in November 2019 as managing director of London Underground and became chief operating officer earlier this year. Lord led TfL’s operational response to the Covid-19 pandemic and has been responsible for the safe and reliable introduction of Elizabeth Line services as well as the Northern Line extension, the upgraded Bank station, the London Overground extension to Barking Riverside and the completion of the introduction of CBTC on the Circle Line.

“I’m grateful to Andy Lord for stepping into the role of interim Transport Commissioner,” says Mr Sadiq Khan, mayor of London. “Andy brings with him a wealth of experience and commitment to leading our city’s public transport network, and the recruitment for the new permanent Commissioner will commence shortly.”

The January 2022 edition of IRJ included an interview with Andy Lord. Website subscribers can read it here.