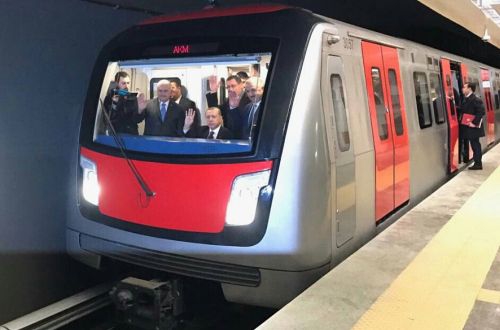 The 10.6km 11-station Line M4 runs north from Kizilay, an interchange with the Ankaray light metro and metro lines M1 and M2 to Gazino, although the 1.4km section between Kizilay and Atatürk Cultural Centre is not yet operational.

The journey time between Atatürk Cultural Centre and the northern terminus at Sehitler-Gazino is 17 minutes and the line is designed for minimum headways of 90 seconds.

Services are operated by a fleet of 750V dc third-rail trains built by CRRC Zhuzhou at its plant in Sincan near Ankara.