THE prime minister of Turkey, Mr Tayyip Erdoğan, and prime minister of Spain, Mr Mariano Rajoy, presided over a ceremony held in the Turkish capital of Ankara on February 12 to mark the opening of the city's second heavy metro line, M3. 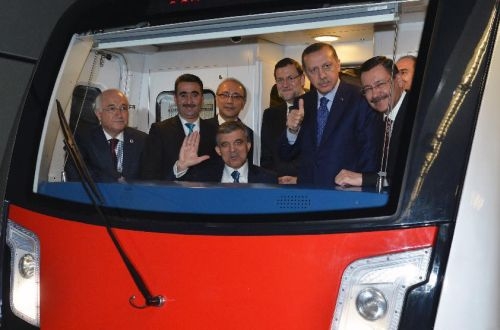 The 15.4km line runs east-west from the end of line M1 at Batikent to OSB Torekent in Sinçan and has added 10 stations to the network. Comsa Emte, Spain, built the line in partnership with local contractor, Açilim Insaat, with the companies also currently working on Line M2, a 16.6km link from Kizilay to Çayyolu, which is expected to open later this year.

CSR Zhuzhou is supplying a fleet of 342 stainless-steel metro cars to Ankara which will be deployed on lines M3 and M2 under a Yuan 2.5bn ($US 412.5m) deal signed in August 2012. The Chinese manufacturer was expected to deliver 15 trains within 20 months of the contract signing, and the remaining sets within 39 months.