THE 1.4km western extension of Athens metro Line 3 from Egaleo to Aghia Marina was officially opened on December 13 by Greece's deputy minister of infrastructure, transport, and networks Mr Michalis Papadopolous. 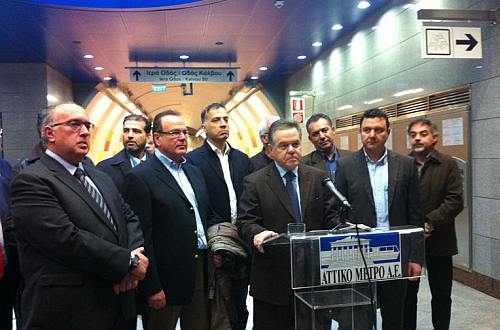 The €250m project, which was financed by the Greek government and the European Investment Bank, included the construction of a new 86,000m2 depot at Eleonas, and a 382-space park-and-ride station at Aghia Marina in the district of Aghia Varvara.

The extension is expected to boost ridership on Line 3 by around 30,000 to more than 100,000 passengers per day, with a journey time of eight minutes between Aghia Marina and Syntagma.

A further 7.6km six-station extension of Line 3 from Aghia Marina to Dimotiko Theatro in Piraeus is under construction.