Phase one includes two lines with a total length of 29km and 20 stations. 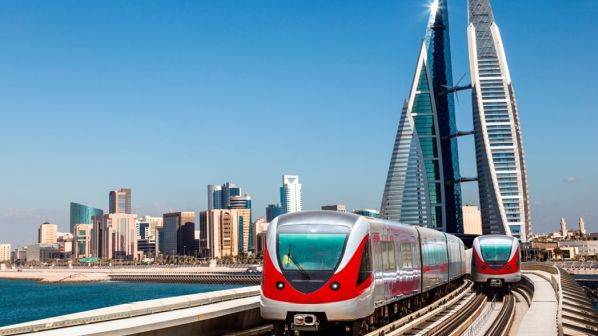 BAHRAIN’s Ministry of Transportation and Telecommunications (MTT) has received applications from 11 bidders to prequalify for the contract to build phase one of the Bahrain metro.

MTT plans to build a fully-automated 109km elevated metro in four stages, with the first stage comprising two lines with a total length of 29km and 20 stations, including two interchanges. The project will be procured as an integrated public-private partnership (PPP) through a two-stage process which includes a prequalification period followed by the main tender.

The winning bidder will design, build, finance, operate, maintain and transfer the project, with applications received from:

The contract will run for around 35 years.

The government of Bahrain approved the project in October 2021 following market consultation in March 2021, which received a positive response from the private sector. The line is expected to initially carry 200,000 passengers a day, with this expected to increase as passengers switch from private cars.

The demand risk will be borne by the government while the private partner will receive availability-based payments along with performance-based incentives and deductions. The government will provide a pre-determined amount as a construction grant to the project company to fund a small portion of the capital expenditure.

The sites required for the metro corridor and the associated depot facilities have been acquired by the government at its own cost and will be handed over to the private partner at the start of the project.

For detailed data on rail projects in the Middle East and around the world, subscribe to IRJ Pro.