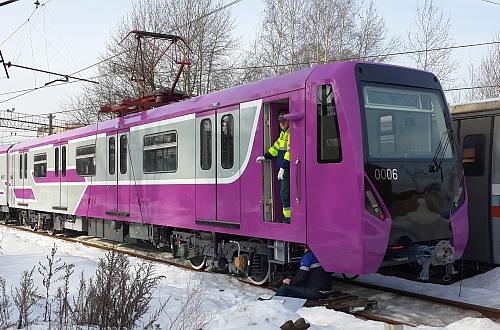 The 1520mm-gauge trains are the first on the Baku metro to be equipped with passenger gangways between vehicles and accommodate up to 1047 passengers, 202 of them seated, with dedicated areas for passengers with reduced mobility.

Assembly was carried out by Metrovagonmash in Russia and the trains are currently undergoing dynamic testing with the aim of introducing the fleet into passenger service by the end of May.

In 2010 Baku approved a 20-year development plan for the metro, which envisages expanding the network to 84.3km with 53 additional stations by 2030. A total of 1100 metro cars will be required to replace the existing train fleet by 2028 and additional trains will also be needed for new lines.