Despite only a limited non-stop service being provided initially, 3857 passengers travelled on the metro on the first day. 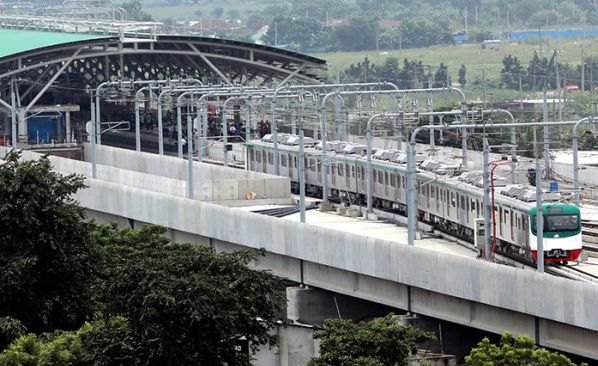 However, trains are running non-stop between the terminal stations initially from 08.00 until midday. The full service is expected to start on March 26. The next section from Agargaon via Dhaka University to Motijheel with seven stations is expected to open in December 2023 while the opening of the final Motijheel - Kamalapur main line station extension with one station is expected to follow in 2025. The journey time from Uttara to Motijheel will take 38 minutes compared with at least two hours by other modes of transport in this very congested city.

The government signed a loan agreement with Japan International Cooperation Agency to build the $US 2.8bn Line 6 in February 2013 with Japan funding around 60% of the cost through soft loans. However, construction did not start until June 2016 and the cost of the project later increased to $US 3.1bn.

Italian-Thai and China's Sinohydro Corporation were responsible for civil engineering. Dhaka Mass Transit Company (DMTCL) awarded a $US 500m lump-sum contract in 2018 to a joint venture of Marubeni, Japan, and Larsen & Toubro, India for the electro-mechanical contract for Line 6. The line is electrified at 1.5kV dc overhead.

Prior to this Dhaka Mass Transit Company (DMTCL) (KHI) and Mitsubishi were awarded a contract in 2017 for 24 six-car metro trains, together with depot equipment.

Work on the Taka 525.6bn ($US 5.2bn) underground line will start with land development for a depot at Pitalganj in Narayanganj. The project will comprise a 19.87km underground section from Hazrat Shahjalal International Airport to Kamalapur and an 11.36km mainly elevated section from Notunbazar to Purbachal Terminal. Line 1 is due to be completed in December 2026.