BARCELONA Metropolitan Transport (TMB), which operates an eight-line metro network, has agreed to provide technical assistance to Wiener Linien in upgrading Line 2 of the Vienna U-Bahn and the construction of Line 5, both of which will be operated automatically without drivers. 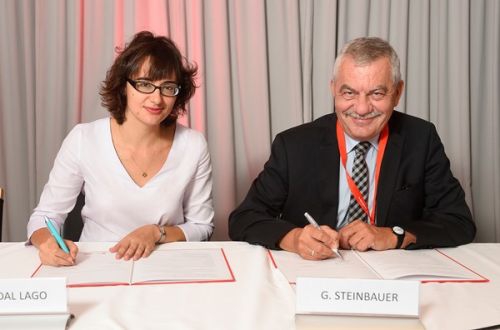 The three-year agreement was signed on September 29 by Ms Mercedes Vidal, president of TMB, and Dipl-Ing Günter Steinbauer, chairman of Wiener Linien, at the end of the International Association of Public Transport’s (UITP) metro assembly in Vienna. The agreement includes opportunities for mutual learning and an option for extension.

TMB opened its first fully-automated metro line in 2009. Driverless operation now accounts for around 25% of the 130.9km network, and this proportion is expected to increase with the planned completion of lines 9 and 10.

Barcelona is the location of the UITP’s Automatic Metro Observatory which disseminates and shares knowledge about automated metro operation.