BARCELONA Metropolitan Transport (TMB) is installing new energy-saving technologies at Passeig de Grácia station on Metro Line 3 as part of the European Union-funded SEAM4US project, which is developing systems to reduce non-traction energy consumption at metro stations by at least 5%. 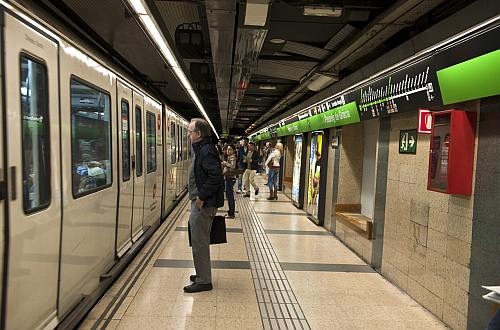 Following an analysis of the entire Barcelona Metro network, Passeig de Grácia was selected as the pilot station for the system, which monitors a range of environmental parameters including temperature, humidity, outdoor weather conditions, and passenger volume through a network of around 50 sensors. Subsystems such as lifts, escalators, ventilation and lighting are automatically regulated according to the prevailing conditions.

TMB says that if the SEAM4US pilot is successful the technology could be rolled out at other stations on the Barcelona metro network.

The project is being funded with the aid of a €2.9m grant from the EU's Seventh Framework Programme.