BEIJING Metro is planning to start construction of three new lines and extensions to two existing lines before the end of this year. Designs for these extensions went on public display on September 10 for 20 days to allow the public to vote on which designs they prefer. 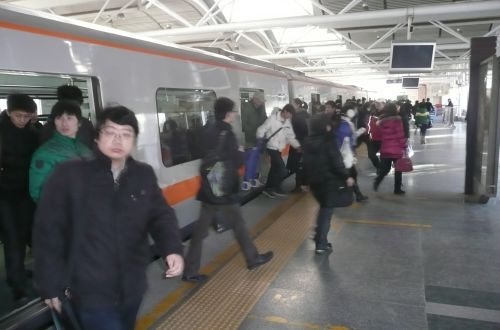 The three entirely-underground lines new comprise lines 3, 12 and 17. Line 3 will be 22km long with 14 stations and will connect the Dongcheng and Chaoyang districts with Dongba and Shifoying in the east.

Line 12 will serve the northern part of Beijing and will run east-west. This 29.6km line will have 20 stations and is designed to relieve congestion on Beijing's North Third Ring Road. It will link Century City, Shuangyushu, Great Bell Temple, Madian, Jiuxianqiao, and Dongba.

Line 17 will be a north-south express metro with a design speed of 100km/h. The line will connect four districts in the east of the Chinese capital: Tongzhou, Dongcheng, Chaoyang and Changping, and is designed to support some new developments. This 49.7km line will also have 20 stations.

The Beijing Metro currently has 18 lines totalling 527km with 320 stations and it carries around 10 million passengers per day.