TESTING is now well underway on Beijing’s Yanfang Line, the city’s first entirely driverless metro line, which is scheduled to enter service by the end of the year. 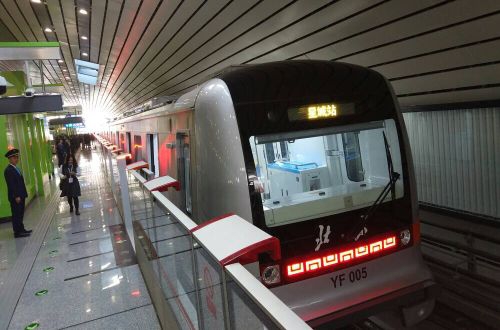 The 14.4km line in the southwest of the Chinese capital has 10 stations and will operate using an Unattended Train Operation (UTO) system, which has been developed entirely by domestic manufacturers.

The line will be equipped with communications-based train control (CBTC) supplied by Beijing Traffic Control Technology and according to CRRC, which is supplying the line’s rolling stock, automation systems on the line will meet IEC 62267 standards at Grade of Automation (GOA) Level 4

Both the signalling and telecommunications system will be hosted over an LTE solution supplied by Huawei, according to a presentation delivered by the company at InnoTrans 2016.

The new line will be served by a fleet of 60 eight-car stainless steel-bodied Type B metro trains, with each set able to accommodate up to 1262 passengers.

An additional 6.1km branch running from the terminus at Yanshan to Zhoukoudian was approved in January 2017, although this is not expected to open before 2021.