BILBAO’s third metro line was inaugurated on April 8 by the president of the Basque government, Mr Iñigo Urkull, and the deputy general of the provincial council of Biscay Mr Unai Rementeria. 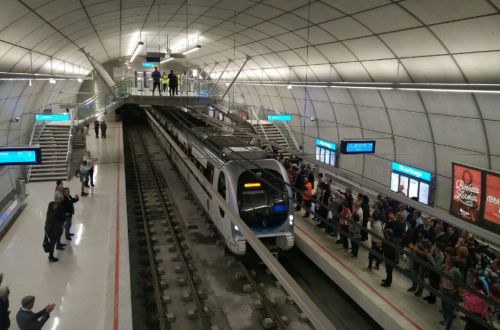 The 5.9km Line 3 from Matiko to Kukulaga is operated by EuskoTren, and the metre-gauge line includes part of Euskotren’s former Casco Viejo - Deustu line, which closed in 2010.

The line serves seven stations, including an interchange with lines 1 and 2 at Casco Viejo.

Services are operated by UT900 three-car EMUs supplied by CAF.