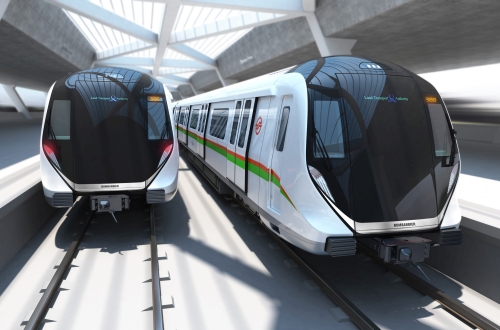 An artists impression of the Movia metro cars.

The contract, which is valued at approximately $S 827m ($US 607m), includes an option for long-term service support which Bombardier says could make the total contract worth up to $S 1.2bn if it is exercised by the operator of the metro lines, SMRT Corporation.

The new order will bring the number of Movia vehicles in Singapore to 672, making it one of Bombardier’s largest metro fleet in the world. The two metro lines total 102km and serve 61 stations with an average daily combined ridership of 1.8 million passengers.

Bombardier says the Movia vehicles will include its Mitrac propulsion and control system that manages the flow of both onboard and subsystem information as well as data between the vehicle and the infrastructure. It says the six-car trains will improve reliability on the two lines.