BOMBARDIER announced on January 12 that it has delivered its first Innovia automated people mover (APM) 300 vehicle to China, and will be used on a shuttle service to Shanghai Metro Line 8. 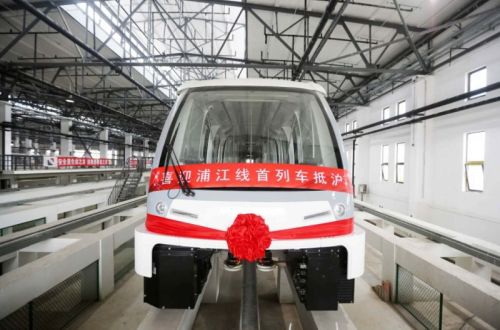 The vehicle is part of an order placed in June 2015 by Shanghai Shentong Metro Group (SSMG) for a turnkey APM system, which includes the supply of 44 Innovia APM 300 vehicles.

The APMs will enter service on the shuttle service to the new 6.6km line later this year. The line will connect Pujiangzheng to the Line 8 interchange at Shendu Highway Station.

The APMs will operate at speeds of up to 80km/h and are operated by Bombardier’s Cityflo 650 communications-based train control system.